Evaluation of UNICEF´s response to the Gorkha earthquake in Nepal: lessons on CwC.

Dahlia, in association with DARA, carried out the evaluation of UNICEF’s response to the earthquake that shook Nepal on April 25 and May 12 of 2015.

The field phase took place in February 2016 and a number of locations were visited in 8 of the 14 most affected districts. A household survey was also carried out in March. Preliminary results were shared in April and consolidated results, conclusions and recommendations where shared in Nepal in May. The final report is about to be released.

The response to the earthquake in Nepal has provided a number of relevant initiatives regarding Communication with Communities, capturing the interest of specialized agencies (the CDAC network carried out a research to be shortly available1).

In this sense UNICEF’s Communication for Development (C4D) section was able to raise the profile of communication with communities, integrating messaging and communication on issues related to Health, Nutrition, Education, Child Protection, and Social Policy issues, with its own funding and objectives. This has provided better means, flexibility and adaptive programming to the communication challenges of an emergency situation. The tension between sectoral initiatives aimed at community mobilization and an integrated C4D strategy remains, but the experience of Nepal can provide guidance on how to better integrate under one common umbrella C4D related activities and communication in emergencies.

Community consultation and participation was however challenging: consultation with the affected population at the early stages of programme design was generally weak. Respondents to our survey in general did not feel that they had been consulted over their needs after the earthquake or had been involved in activities undertaken in their communities. Only 30 per cent of the respondents in the district of Dhading and 51 per cent in the district of Sindhupalchowk, had been involved in the design or implementation of any of the activities in the community.

From the early stages of the response, UNICEF established mechanisms to communicate with communities, including radio programmes and animation campaigns. These facilitated two way communication and community participation to some extent. UNICEF’s Child Consultations were also a major step forward in terms of giving a voice to children in the Post Disaster needs Assessments (PDNA). Nonetheless, there was a notable absence of affected communities in the architecture of the humanitarian response.

Community participation in programme implementation was stronger than involvement in defining needs, but still varied across programmes. Some Child Protection programmes had a strong local community participation component, that included for example community based psychosocial activities, community involvement in CFSs2, and community mobilization to prevent child trafficking and GBV. In the framework of the WASH programme, UNICEF provided drinking water and toilets in the community and IDP camps; however outside the camps communities were involved in constructing the superstructure of the toilet at home, with the support of UNICEF partners providing the basic materials. Participation and ownership by the community was an important and intentional component of the education response, which prioritized the involvement of the SMCs3 and PTAs4 in the construction of TLC5s. 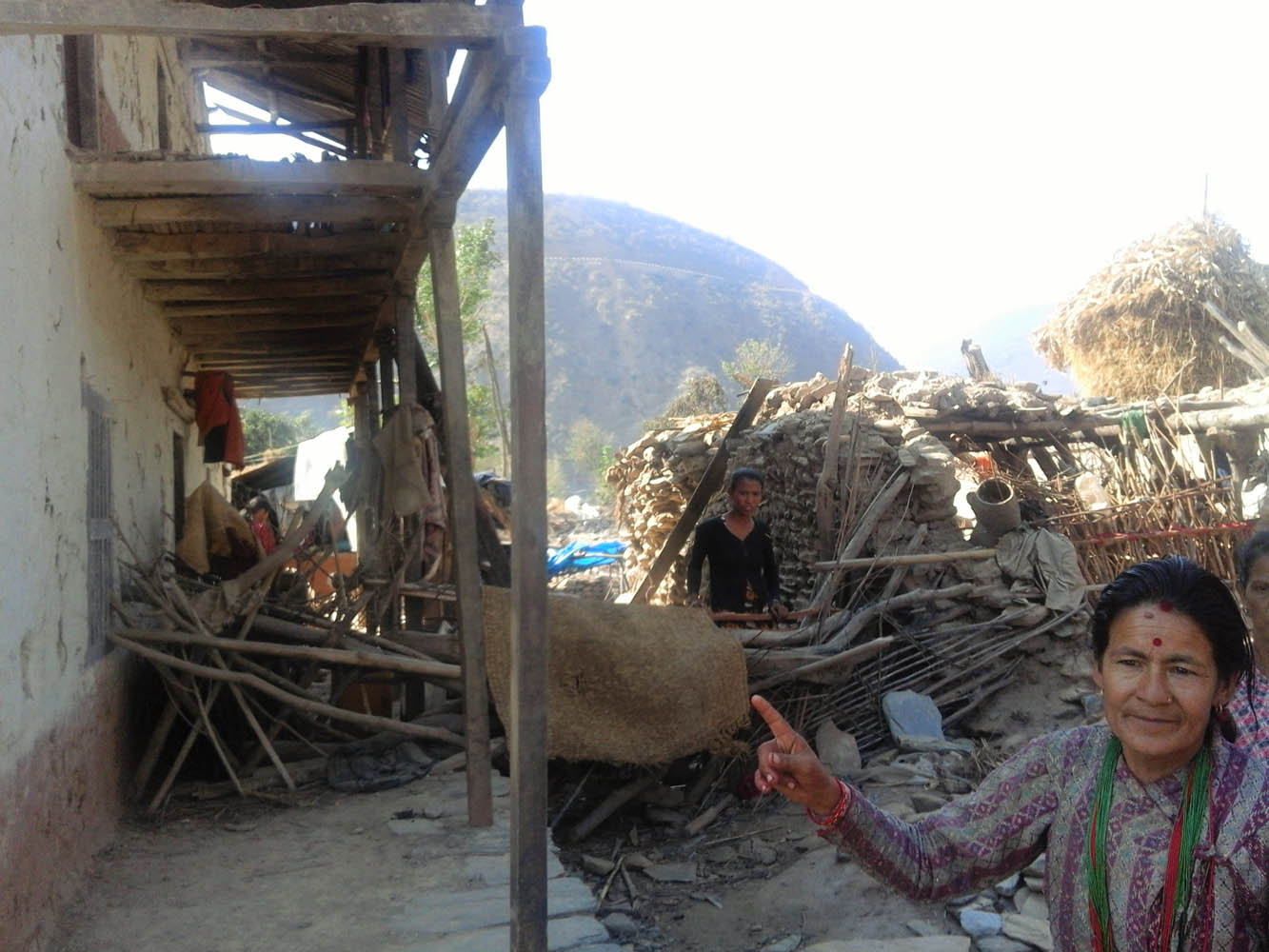 UNICEF in partnership with approximately 191 community radio stations, intensively broadcast critical information related to staying safe, relief efforts and messages about Health, Nutrition, Water and Sanitation, Education and Child Protection. To be noted the effectiveness of the messaging provided, with a rate of retention of messages of over 80% (C4D assessments carried out six months after the earthquake). Our HH survey further confirmed the reliability and usefulness of the information provided.

The research carried out by the CDAC network shows that the most widely reported benefit of information received, was when it enabled people to get access to the relief items provided by aid agencies, the second was new knowledge around the earthquakes, and the third most-widely reported benefit was psychosocial, where information helped people feel calmer and safer5. These areas seem to offer an interesting framework that could prove useful to design future CwC strategies. An issue to address is the excessive focus on messaging and information and the generally difficult engagement of aid agencies in listening and in direct dialogue with affected communities.

The CwC working group was able to share experiences, promote joint and innovative mechanisms for feedback and to channel information on the perception and opinions of the affected population regarding the system as a whole. The Inter-Agency Common Feedback Project (CFP), providing periodic perception surveys on the adequacy of the response, the perceived gaps, etc., has been instrumental in providing bottom up information on the challenges of the response. 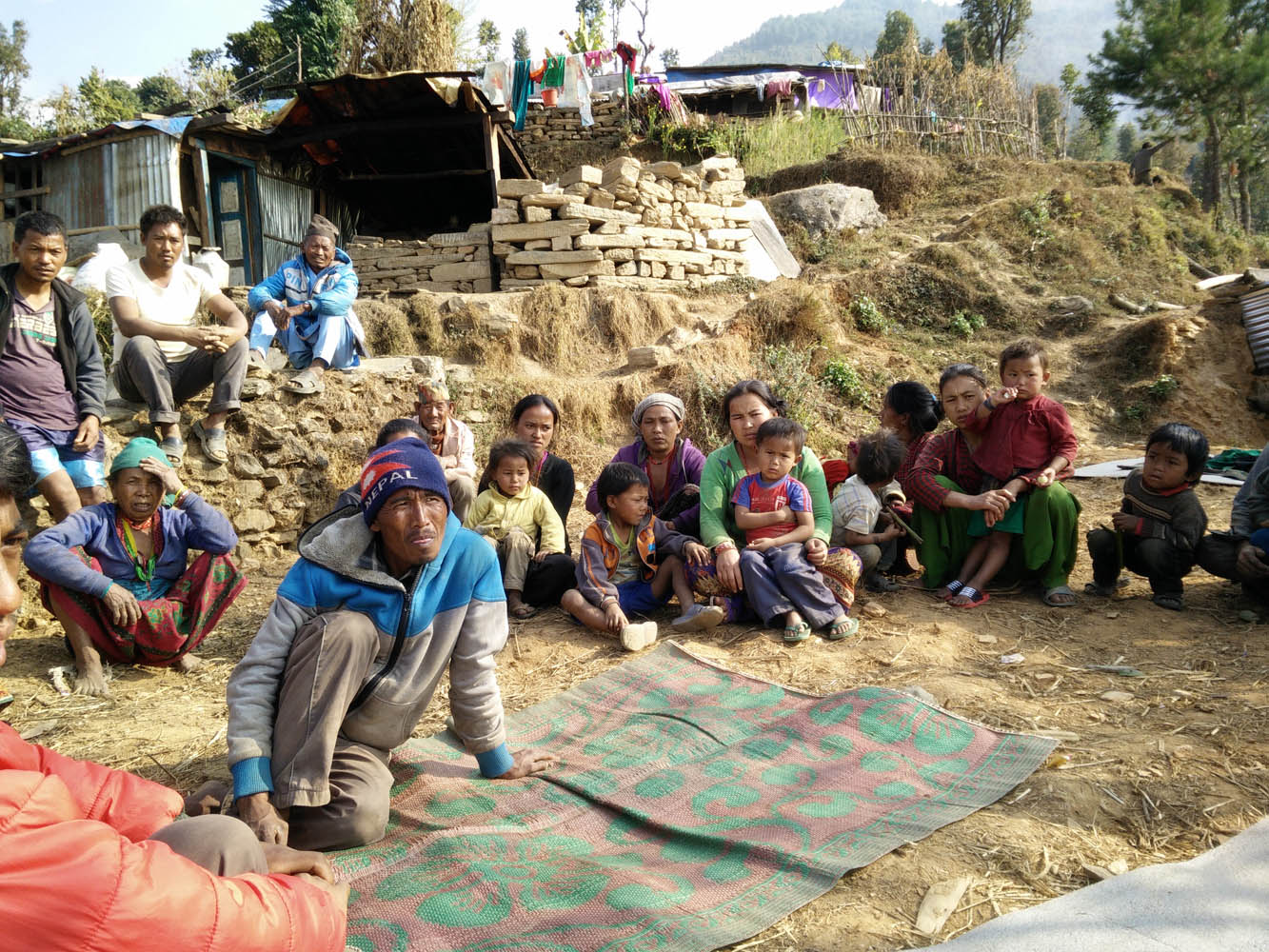 However, the evaluation, and this is confirmed by the CFP and the CDAC research, notes the weaknesses in communicating regarding changing interests of the affected population: while there was a close correlation in the early days of the response between the information being provided and the needs of people, seven months later there was an overwhelming demand for more information on what the government was doing about cash handouts or shelter6. One year later, our evaluation confirms that people met their rated shelter needs and identifies the lack of information on government plans as one of their main concerns. To what extent, after a disaster, should humanitarian agencies be willing or able to address communication needs related with institutional issues, should be discussed and defined.

The Evaluation finds that there is still a disconnect between those innovative tools and the influence they could have in adaptive programming and monitoring of the response. The weak integration at Humanitarian Country Team (HCT) level, the difficulties of incorporating feed back into each agency and sector, the still pervasive AAP mechanisms, all affect an effective and meaningful CwC. Some lessons and assessments have been shared, notably through the CDAC network, of which Dahlia is a full member. Raising the profile of CWC seems feasible from this type of experiences.

The need for a more efficient and effective coordination and advocacy to ensure agencies understand the critical role of coordination when it comes to communicating with communities, has been highlighted7. Some discussions have taken place after the Nepal experience, regarding the convenience of creating a specific cluster for CwC. While this option could appear convenient to institutionalise CwC, caution should be exercised though, not to create a new layer of procedures in an already heavily institutionalised aid system. The challenges identified for intercluster coordination and integrated response, the “silo” nature of the cluster system, have to be carefully considered before aiming at such option. A more operational, context specific and flexible option could be favoured. The aid system has yet to find alternatives for the engagement of communities at all levels of the response. The way to identify, validate and promote affected population reference groups remains a challenge.