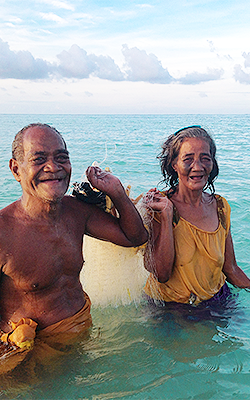 Increasing the visibility of the EU-Pacific partnership

Study: Communication and Visibility Strategy on the EU-Pacific partnership

Dahlia’s Support Study assesses options to establish a thriving and effective communication & visibility strategy geared towards bringing the EU-Pacific partnership closer to citizens in the Pacific, the EU, and globally. Commissioned by the European External Action Service (EEAS), our Study examines the ways by which the EU and the Pacific may overcome challenges to their partnership being better known and supported in both regions, as well as around the world.

Background of the EU-Pacific partnership

The Pacific ACP region consists of 15 small island states spread over an area in the Pacific Ocean equivalent in size to the African continent, some 29 million km2. As would be expected from the highly varied geography of this immense region, the natural, social and human dimensions of the Pacific are remarkably diverse. The cooperation between the Pacific and the EU traces its origins to the Cotonou Agreement, the most extensive partnership agreement between developing countries and the European Union. The importance of EU-Pacific cooperation has most recently been upheld by the EU Strategy for the Pacific, which aims at fostering stronger political relations and regional cooperation, as well as increasing the efficiency of aid delivery in closer coordination with Australia and New Zealand.

At present, the European Union is the second largest donor in the Pacific. Efforts to strengthen EU-Pacific cooperation are pursued in line with the objectives of the EU Agenda for Change. The EU has focused a substantial share of its support on the areas of climate change, natural resource management and environmental protection, all of which constitute global challenges. Support has also entailed efforts to promote economic integration, agricultural development and fisheries. The partnership further enhances dialogue at the country and regional levels on human rights, participatory democracy, good governance and respect for the principles of international law and the UN Charter. 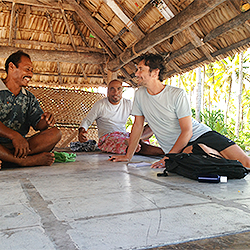 Strengthening the partnership through enhanced communication

Despite its acknowledged strength and commendable scope, the EU-Pacific partnership suffers from an acute lack of visibility both in the Pacific and within the EU. Compounded by the challenges posed by distance, limited trade flows, absence from the news and widespread stereotypes, there is no clear political message in either region explaining the vision behind the partnership, outlining its objectives, or presenting its concrete beneficial impact for both the population of the Pacific and that of the EU.

Via a combination of desk and field research, including a comprehensive stakeholder analysis, our Study assesses the current situation and recommends measures to enhance the partnership’s visibility across the board. We advocate in favour of a comprehensive communication strategy to clearly present the vision, messages and achievements of the partnership.

Crucially, this entails communicating the “human face” of the EU in the Pacific. Only by reinforcing the “EU brand” across the Pacific and proactively connecting with the Pacific’s citizens, media, civil society, private sector and public authorities can the EU come to be seen not as a donor, but as a partner of the Pacific region and its peoples. Moreover, it is only through such a strategy that EU citizens may come to understand the challenges faced by the Pacific – ranging from climate change to widespread poverty – as well as the myriad opportunities offered by the EU-Pacific partnership. In this way, a real sense of solidarity between the two regions stands to flourish.