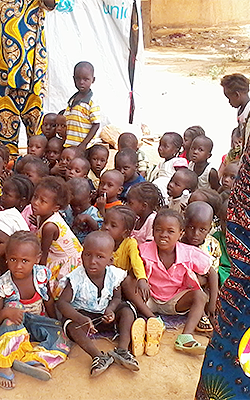 Real Time Evaluation of UNICEF’s response to the Mali Crisis

Dahlia’s Real Time Evaluation (RTE) provides recommendations geared at enhancing the ‘scale-up’ of UNICEF’s response to the humanitarian crisis in Mali. Covering the period from January to May 2013, our Evaluation assesses UNICEF’s response across the country while focusing on both the programme and operations’ areas of the Organisation’s intervention.

Background of the crisis and UNICEF’s response

Mali experienced a profound destabilisation process in 2012 when armed rebel groups took control of vast expanses of the north, triggering an acute political crisis. Following an intervention by French troops in January 2013, a cease-fire was established in June, a UN peace-keeping force deployed in July and largely peaceful presidential elections concluded by August. Despites strong indications that the situation is likely to stabilise, the effects of such turmoil have been immense.

The displacement of 175,000 refugees to neighbouring countries and 350,000 IDPs to central and southern Mali has provoked grave humanitarian consequences and stretched the coping mechanisms of both those displaced and of host families. Overall, some 2.8 million persons have been directly affected by the conflict. The situation also prompted the freezing of development programmes and budgetary support to Mali’s government, on which many basic social services depended. The present crisis has exacerbated a reality already characterised by high rates of poverty and exclusion, poor infrastructure and services, low development indicators and recurrent ethnic and political tensions.

In this context, UNICEF’s 2013 humanitarian response plan aims to ensure a fully integrated approach to the overlapping components of the Mali Crisis, articulated through interventions ranging from direct service delivery to capacity development initiatives, coordination support and advocacy. 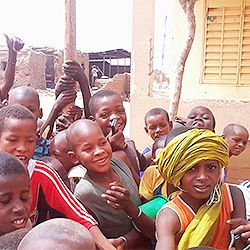 Suggesting ways by which to enrich UNICEF’s response to the crisis, our Real Time Evaluation addresses the criteria of effectiveness and coverage, efficiency, appropriateness, relevance, adequacy and coordination. Informed by both extensive qualitative and quantitative data, we examine the Organisation’s response in terms of specific issues, including healthcare; nutrition; water, sanitation and hygiene; education; child protection; communication for development; programme integration; monitoring and evaluation; the Situation Report currently utilised in Mali; operations; human resources; security; supply and logistics; coordination; and transversal issues such as gender and accountability to beneficiaries.

Overall, the main challenges of humanitarian response in Mali remain access to the north, security, humanitarian space limitations prompted by the presence of armed personnel, and the difficulties inherent in defining the limits between humanitarian response and addressing structural problems associated with inequity and poverty. While both UN agencies and NGOs struggled with the shift from development to emergency response in 2012, in the current post-conflict environment most key actors are positioned to comprehensively address the emergency-to-transition agenda. This context offers UNICEF a distinct window of opportunity to reshape its approach by addressing not only immediate humanitarian needs, but also chronic weaknesses and tensions affecting the country. As the RTE concludes, UNICEF stands poised to offer indispensible leadership in critical areas of the transition from emergency to development, with the potential to become a driving force behind many of the structural changes which Mali, its people, and particularly its children, sorely need.