Dahlia has carried out a fact-finding-mission in Macedonia, Serbia and Croatia to assess the refugee situation, meet stakeholders and asylum seekers, and attempt to highlight issues that need to be addressed. (see an article by Gilles Gasser)

Europe is facing its largest refugee crisis since the end of World War II. It is a crisis of unprecedented magnitude that largely originates from conflicts in Syria and Iraq or instability and poverty in parts of Africa. Despite the challenges this poses for the EU, the sheer number of refugees, on a global scale and when compared to other crisis, are not as daunting. Hundreds of thousands of women, men and children have been forced to flee their homelands in search of protection and a decent life. The majority are risking their lives to cross the Mediterranean Sea and take further dangerous routes to reach western Europe. The increased use of alternative routes in the central Mediterranean and the Balkans reveals that whatever “repressive” measures the EU implements, refugees will continue to come to the region, taking tremendous risks to reach safer soil. Almost nothing can stop people facing war, insecurity, violence or extreme poverty.

Countries in the western Balkans and elsewhere in Europe are struggling to cope with this influx of refugees and migrants. The Dublin III regulation, which requires that all asylum seekers be fingerprinted and sent back to their country of arrival in the EU, is effectively suspended. The Schengen agreement, that enables passport-free movement across most of central and western Europe’s internal borders, is falling apart. The lack of a coordinated EU policy and joint approach to the current challenges has provoked self-protective reactions by some governments and limitations of movement for asylums seekers. With the onset of winter, conditions for populations in transit will worsen. Yet, a coordinated human rights-based EU-wide humanitarian strategy is still missing.

The lack of regular migration channels and protection for refugees combine into an intransigent refusal to offer refugees, mostly Syrians, proper migration opportunities. This is pushing migrants to turn to smugglers and put their lives at risk. Europe’s police agency (EUROPOL) estimates that 30,000 people could be involved in the trafficking gangs charging refugees thousands of Euros for a perilous trip to Europe. Organized smugglers are profiting from the lack of regular migration channels. They have put in place a system that disregards the lives, dignity, and rights of migrants to facilitate crossings through precarious routes in exchange for significant payments. In Turkey, an adult migrant pays around EUR 1,000 to cross the Mediterranean while children pay about half that price. Between August and October 201, an average of 100 boats crossed to Greece from Turkey per day, each packed with 40 to 50 people. This amounts, more or less, to EUR 4.4 million in revenue for the smugglers. 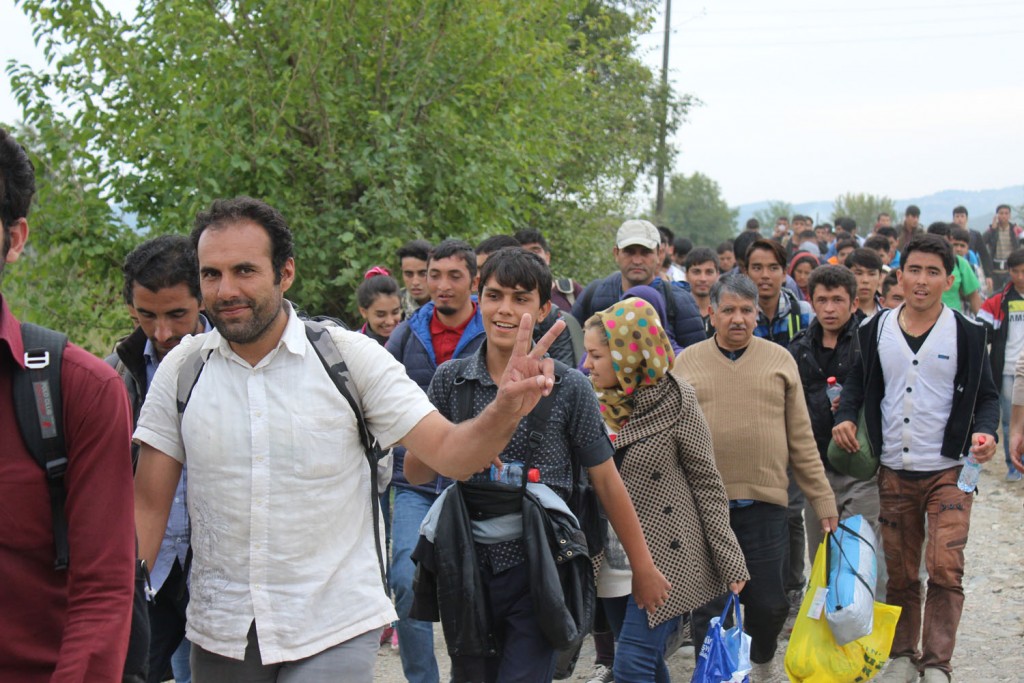 Facebook groups offer critical advice for those thinking of fleeing or those already on the road. Some groups help connect traffickers with refugees or offer “how-to” guides written by those who have made it to safety. Some refugees upload videos to explain how and where to cross a border. Humanitarian actors should analyze and “socialize” with refugee and migrant networks, feed them with information, and encourage two-way communication. 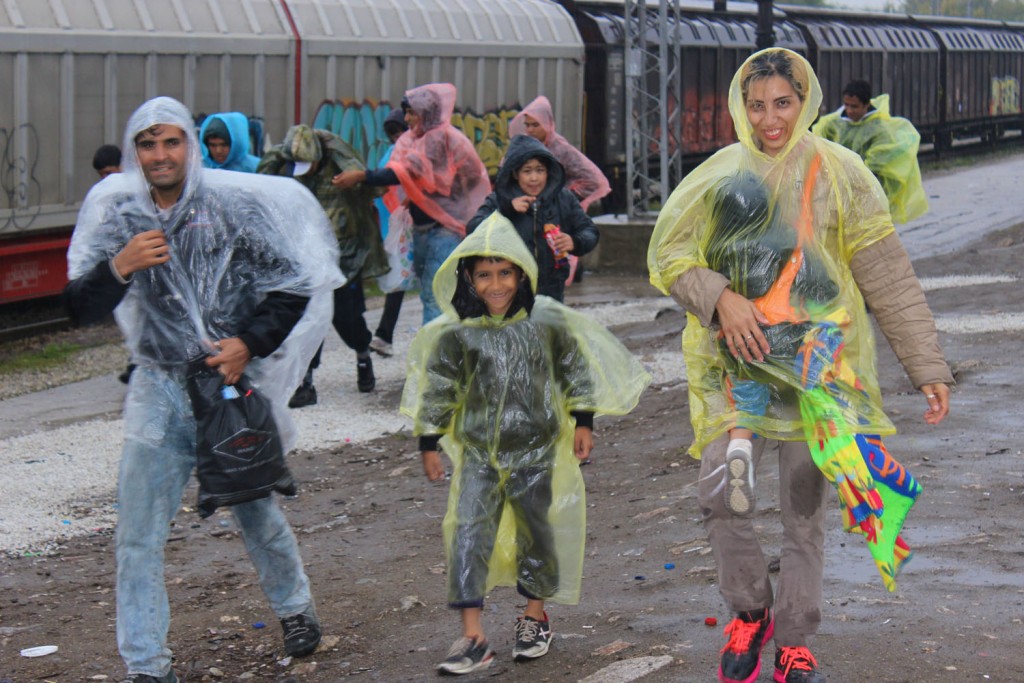 The findingsof Dahlia’s mission highlight the existence of significant gaps in terms of information available, its usefulness, and access by asylum seekers. This has serious consequences in light of the fluid situation now unfolding, characterized by increasing restrictions and more desperate moves by vulnerable population to adapt to un-confirmed rumors. This puts them at risk and increases the opportunities of smugglers to offer unsafe and illegal services.

In addition, there is a worrying lack of awareness and information on migrants’ rights and ways to claim.

Dahlia’s mission’s findings suggest that immediate action should be taken in the following areas:

Serbia’s population and Government have demonstrated great solidarity with refugees, providing them with aid, food and shelter. Serbian citizens still remember what it means to seek refuge from war, as they experienced this just 15 years ago. Additionally, Serbia is a candidate country for EU accession. The refugee crisis is one occasion for Serbia to demonstrate its commitment to those values that are now under critical scrutiny in other EU Member States. 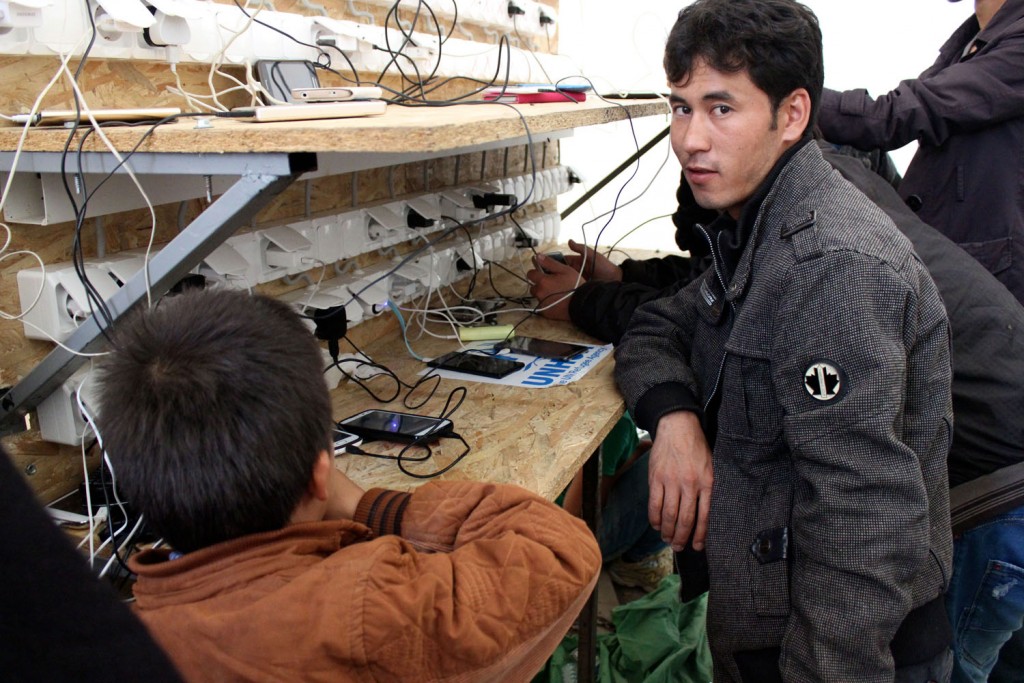 Human migration is a complex issue that touches European citizens’ nerves on immigration, economic security, national identity, etc. Anti-immigration parties spreading misinformation and fear politically hijack these burning issues. The key word is “misinformation”. These complex issues require EU States to respond in an informed and sophisticated way, using all available evidence to support action. The EU should also better communicate to its citizens the principles of solidarity, responsibility, and full respect of its values and international obligations. These must guide its response and full-scale mobilization to welcome refugees.
Dahlia will continue to monitor the situation and strongly advocate that the gaps identified be addressed. We call on mandated agencies and national governments to provide required and relevant information to those in need. A system able to assess information needs and ensure two-way communication should be put in place. Moreover, its performance and usefulness should be adequately measured.

Interviews were carried out with:

Field visits and interviews were carried out with refugees in Gvegelija, Tabanovce, Sid and Belgrade’s train/bus station.

Dahlia wishes to express its gratitude to Arbeiter-Samariter-Bund Deutschland for their support.